It may well be considered a strange and even bizarre claim to fame but as result of my natural history study and interest. I have, after many years, become the proud (if that’s the right word) owner of a collection of droppings from most of the UK’s land mammal population. While this would seem a weird thing to be collecting I should explain, perhaps, that the tracking of animals involves finding and interpreting the things they leave behind, the most immediately obvious sign of an animals passing, at least to most, would be footprints which are indeed valuable in determining who has been about. Often times however the soil or, notably recently, the weather conditions don’t lend themselves to finding footprints. Droppings however can and do stick around for ages and give a wealth of information about the creatures that left them. There is a very good reason for my collection, honestly, but more of that later.

Firstly it’s useful to think about how animals use their scat in their day to day life. Droppings aren’t always just a means to get rid of unwanted material from the body, they also convey important information about the sex and condition of the animal and are used as territorial markers, many species also use urine to help with this. With this in mind location as well as content can be useful in determining what animals are in your local patch. This is particularly important when some animal droppings start to look very alike and often location gives a big clue to the identification. Deer are a prime example of this; most species have very similar droppings which at this time of year form oval pellets often with a nipple at the end. In the spring with rich diet these clump together and are delightfully called croties. There is a size overlap between species, roe and fallow deer for example but location can help here. Roe are territorial and often leave their droppings in regular spots piled up on their trail, fallow on the other hand tend not to be so fussy and drop them randomly often in their beds after they stand up. There is an important distinction between territory actively defended and home range where an animal might hang out. Territorial animals use droppings and other things as keep off signs. Another example of animals creating latrines are the vole family which leave their dropping at regular spots along their runs often at junctions, rats and mice once again are a little more random.

Other things to look for are content, shape and size, carnivores often have fur, feather and bone in their droppings, which in the case of canines and the mustilids are frequently twisted and tapered. These too can form markers, fox very often deposit scat on high points such as tussocks of grass and at trail junctions to advertise. Incidentally on my wildlife tours to Europe I have seen this many time when tracking wolves. Cats tend to produce sausage shaped dropping which often break into cylinders and badgers due to their predominately earthworm diet often produce a splat (despite being in the weasel family). Frequently this is found in dug latrines but I have on many occasions found badger dung in the middle of a trail. I like to think they perhaps got caught short! One of the most interesting I found was a fresh badger scat in a hole with the intact front feet of a mole sticking out at right angles.

Getting back to the reason for my collection, I have for all of my life been very interested in wildlife and natural history. I have in that time gained a fair knowledge in the area of identifying tracks and sign. A few years ago I became involved in bringing to the UK an international evaluation system for judging the skills of wildlife trackers and I am currently working my way through this system. This has entailed bringing in experts form the USA to test our skills. It became apparent early on that there isn’t a great deal of good information on animal droppings, hard to believe I know. I decided the best option would be to collect examples from known species by using captive animals feed on a natural diet. Armed with this information I was able to examine measure, dare I say smell and create a decent datum point to work from.

So despite the strangeness of my collection and in many ways because of it, I can take you into the countryside and fairly confidently show you the Danish pastry twist of a woodpigeon dropping, the green tic tac of the water vole, the differences between bird pellets and mammal droppings and all manner of secrets and stories contained within scat. 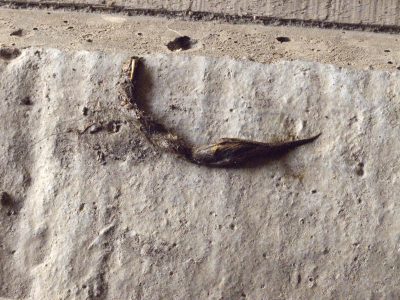 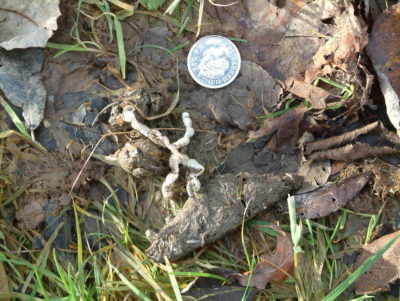 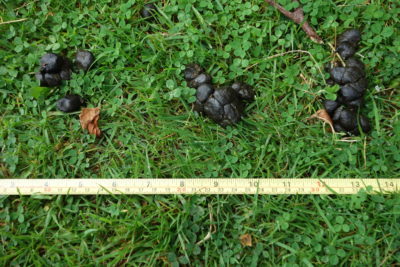